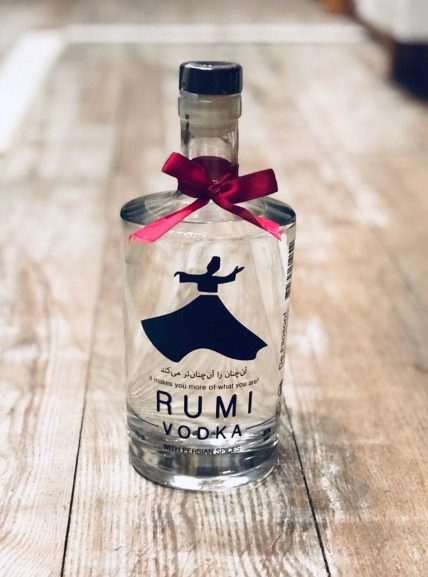 Our Vodka is named after Rumi aka Jalal ad-Din Mohamed Balkhi (1207 – 1273) the greatest Sufi mystic and poet in the Persian language. Rumi is famous for his lyrics and for his didactic epic Mas̄navī-yi Maʿnavī (“Spiritual Couplets”), which widely influenced mystical thought and literature throughout the world. He was born in Balkh in present-day Afghanistan then known as Khorasan or Eastern Iran.

Rumi Vodka is very aromatic and elegantly soft. It is great to mixed or just drunk on its own. Rumi was convinced that liquor brings out our true nature. With Rumi vodka you invite Persian wisdom into your glass.

Socrates Dry Gin is named after our Persian cat. It is a spicy Gin with a soft and fruity aftertaste. It can be served neat or as a delicious beginning to any Gin cocktail!